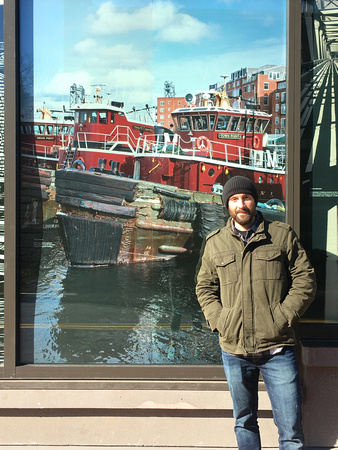 Eric is a fine art landscape and commercial photographer based in Lee, New Hampshire. Since 2012 he has been actively pursuing the art of photography throughout most of New England, but is especially drawn to locations in his home state of NH. As a life-long resident, this gives a unique perspective on some of the more popular landmarks, and also some of those that can only be found off the beaten path.

Studying mainly through trial-and-error, he subscribes to the philosophy that each day spent shooting in the field is an opportunity to discover something new about how we view the world. Over the years Eric has learned to approach each scene with an open mind, and allow the landscape to reveal the perfect shot rather than trying to force something out of it.

A common theme found throughout his work involves capturing the interplay of natural light with the environment. This often means shooting in the early morning or late evening when the light is best. As with many classically trained landscape photographers, you will see that Eric tends to avoid shooting people, but is not afraid to capture the interaction of man with nature through such things as boats, bridges and lighthouses.